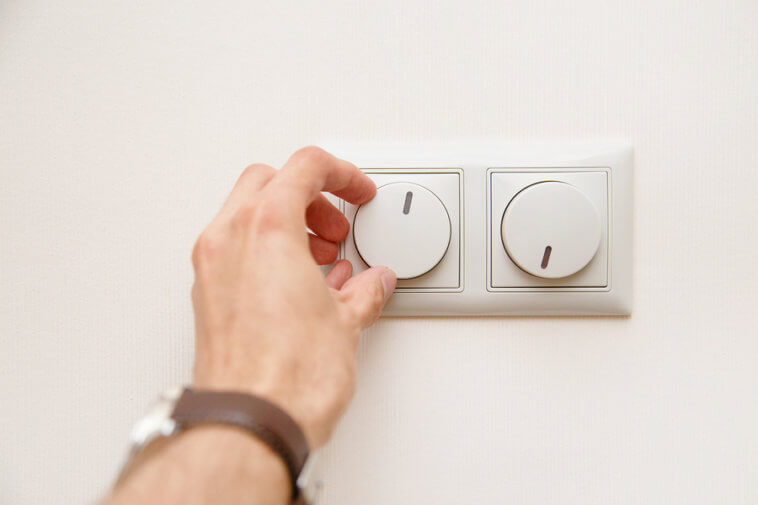 Dimmer switches are a popular feature installed in many new or renovated homes. You may easily update an older light fixture with a dimmer switch without expensive renovations. You may even take on the project yourself to further reduce the cost.

Adjusting the brightness in a room can provide subtle ambiance and conserve energy. Dimmer switches give you control over the intensity of the light, but it’s not a one size fits all situation. The dimmer switch needs to be compatible with both the fixture and the choice of light bulbs. This can be a complicated decision now that there are so many options for light bulbs on the market, including LED bulbs.

With the advancements made in technology, you may adjust the dimmer switches with an app on a smart device instead of manually. Dimmer switches reduce the amount of power that is used by the light bulb. This keeps your electric bill down and enhances the room. 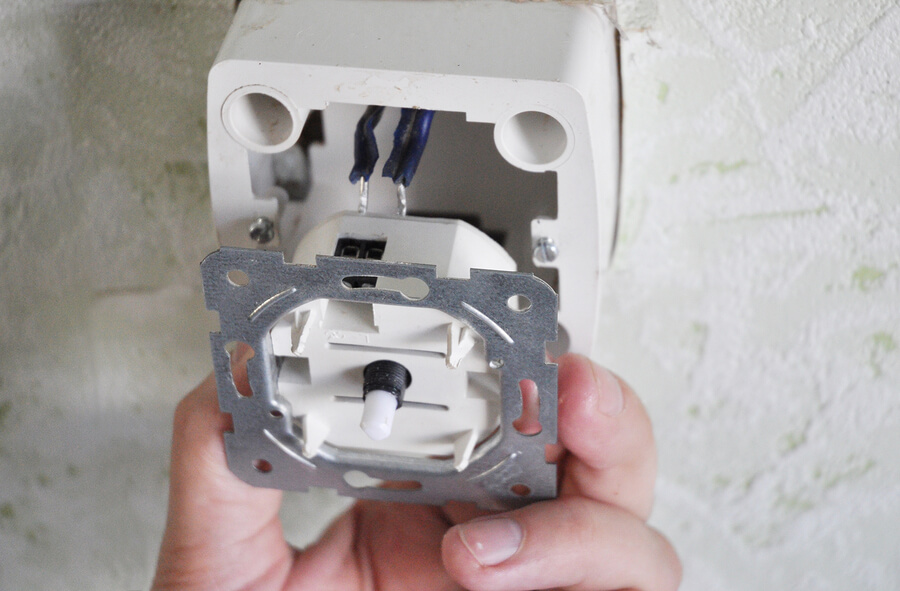 Can I Install a Light Dimmer on Any Light Fixture?

Low-voltage dimmers use either a magnetic system or an electronic system to dim the lights. Before you start the installation process, your first step is to check the voltage requirements of the dimmer. Then you can determine if your light fixtures use the magnetic or electronic dimmer switches. Some universal dimmers that are compatible with low voltage, LED and some fluorescent bulbs.

Dimmers installed in fixtures with standard sockets can often be lit with incandescent or halogen bulbs. The most popular type of dimmer switch is used in chandelier lighting. Dimmers can also be used to control ceiling and wall lights in various rooms in your home. LED track lighting can be used to keep halls dimly light at night or for enhancing the ambiance. If you have an outdoor patio or other outdoor area used for late-night entertainment, dimmer switches can be installed outside, too.

What Light Bulbs Can Be Used With a Dimmer Switch?

Thomas Edison is often credited with creating the first incandescent light bulb in the late 1880s.  Almost 150 years later, they remain the most popular type of light bulb. Both incandescent and halogen bulbs are compatible with any dimmer switch available. However, the bulbs burn faster than LED lights.

Most countries are slowly phasing out incandescent bulbs for LED bulbs for energy efficiency. However, consumers are resisting this plan and continue to favor incandescent bulbs for their lower price. The price of LED bulbs has been steadily declining in recent years, making their use more widespread. To that end, LED bulbs can be used with dimmer switches. If the LED bulb is dimmable, the package will indicate that and offer information on compatible dimmer switches.

Incandescent light bulbs may be utilitarian, but they tend to burn out faster because only 10% of the bulb is converted to visible light when supplied with electric power. Comparing LED lights and incandescent lights, the cost comes out almost even in the end. Cheaper incandescent bulbs burn faster and use more energy for less light. LED bulbs are pricier, but save money on your electric bill in the long run.

Like LED lights, some Compact Fluorescent Light Bulbs (CFL) will work with some dimmers but not all of them. CFLs are more energy-efficient than incandescent bulbs, but radiate harmful mercury. The packaging of the CFL will indicate if it is dimmer switch compatible.

If you install a dimmer switch without checking its compatibility, there are signs you will notice that suggest incompatibility. These signs include:

Installing a dimmer switch that isn’t compatible with the type of light bulb or with the light fixture is a serious fire hazard. It is essential to your well-being to ensure the dimmer is installed safely and correctly. Flickering lights in general can indicate a problem with the electrical conduit and should be checked by an electrician to prevent a fire. 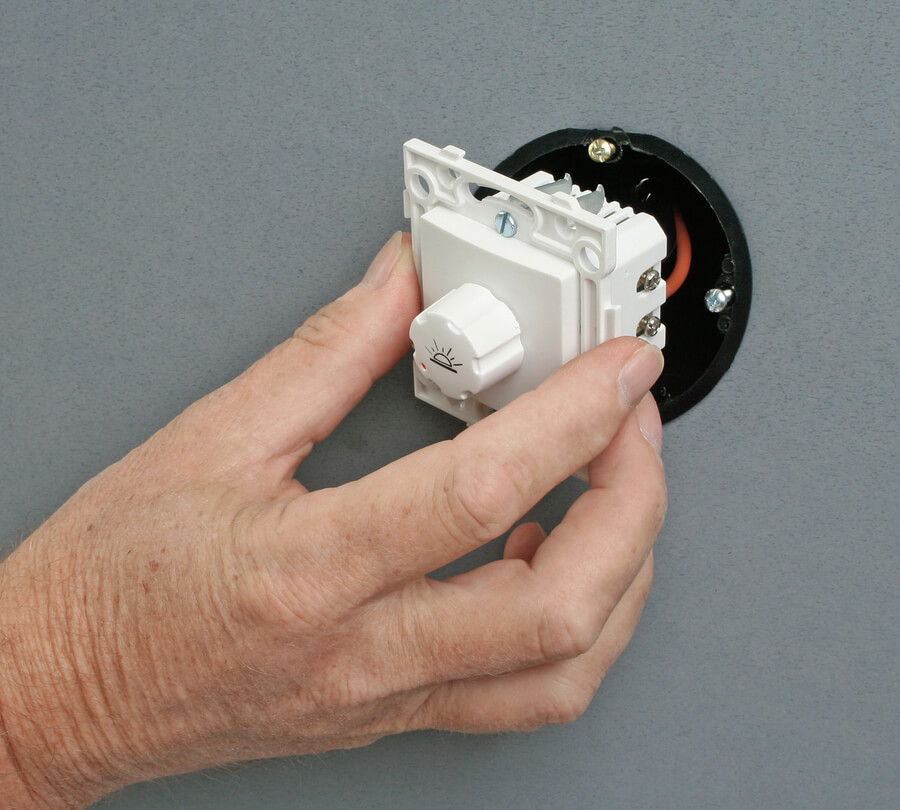 Once you’ve determined the type of bulb that is compatible with your switch, you can hire an electrician to install the dimmer or install it yourself if you are handy around the house. Before you start installing the dimmer switch, there are a few things you need to do for preparation.

Check the switch you’re replacing with a dimmer switch to see if it is a single pole (one switch) or a three-way (accessible from multiple locations) switch. That will help determine the type of dimmer that is best for that specific fixture.

The newer dimmer switch models will conserve more energy than the older models. This is because some of the older models use resistors that still use energy even if the bulb isn’t emitting full light.

When it comes time to start the electrical work, you will need the following tools and supplies: 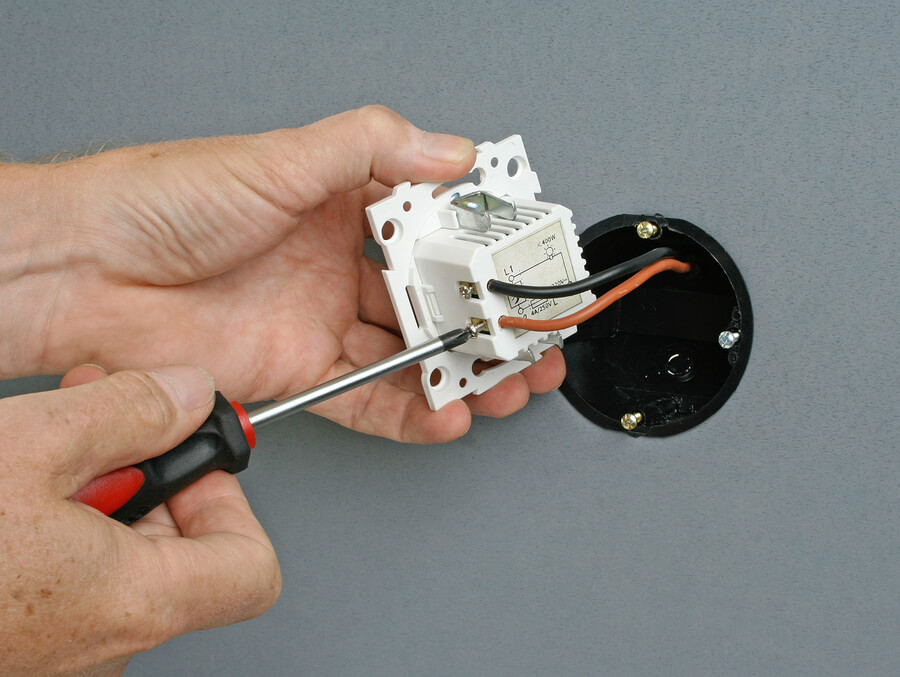 Step 1: Turn the Power Off

Turn the power off at the fuse panel or breaker, not at the fixture’s switch. This cuts all electrical power and prevents you from getting electrocuted. The power should be cut before doing any electrical work. To be extra cautious, test the switch after the power has been cut to be sure it is off. You can also use a voltage detector throughout the installation as an assistant.

Once it’s established that the circuit is off, remove the switch plate using the screwdriver. The wires may be wrapped around the connector screws and you will need to either cut the ends off or loosen the screws to get the old switch out.

Before you begin installing the dimmer, read the instructions carefully for clarification on where the wires go and which part of the dimmer is the top. An extra screw may be in the packaging if the switch can be used with either a single-pole or three-way set up.

Strip ¾” casing off the end of the wire and loop it around the screw before tightening the screw.

Note: Often the dimmer switch is larger than the electrical box. Rather than forcing the box in, you will need to manipulate the wires and reposition them to make room for the dimmer switch.

Step 4: Turn the Power Back On

Once the switch plate has been reattached, turn the breaker back on to restore power to the switch. After turning the power back on, try the dimmer to be sure it works. If it doesn’t work, you will have to repeat all of the steps to determine where you went wrong. It’s an easy installation as long as you are careful and thorough.

Get the best DIY projects and reviews straight into your inbox! 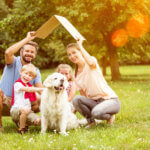 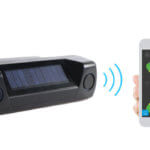 Everything you need to know to just do it! Home improvement, stylish décor, repair projects & more! From indoor places to outdoor spaces, let’s Just DIY.

Back to Top
Close